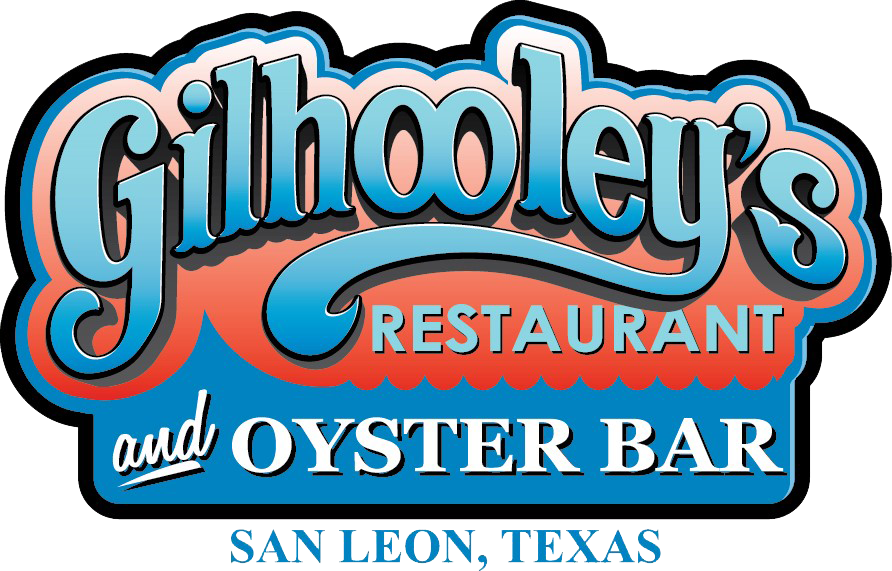 Editor’s note: Occasionally what looks at first glance to be a conventional guidebook transcends the genre in surprising ways. John T. Edge‘s Southern Belly is just such a read, which is why I’m pleased that he has allowed us to excerpt selected items from it on Serious Eats, where they appear every other week. —Ed Levine

“Back in the kitchen, they shuck a dozen, set them topless over a pecan- and oak-fueled fire, swab each with butter and Parmesan cheese, and cook until the shells shade toward black, the oysters lips curl, and the cheese burbles and spits.”

By John T. Edge | If a team of New Urbanists set out to design the perfect waterside joint according to the tenets of Gulf Coast vernacular architecture, they would be hard-pressed to find a more honest template than Gilhooley’s, an end-of-the-road kind of place, perched on a tongue of land that thrusts into Galveston Bay. On the drive down from Houston, I pass ragtag RV parks, house trailers on stilts, a store called Junk and Disorderly, a boat christened The Filthy Whore of San Leon.

Nowadays fishermen—some commercial, others recreational—rule this randy spit. But in the early years of the twentieth century, San Leon was sold as a planned community, a “city of gorgeous flowers and beautiful shrubbery,” a “playground for untold thousands.” One real estate prospectus promised “cool, delightful breezes in summer” and pledged that San Leon would soon rival Coney Island and Atlantic City. Another, and this one was key, heralded “[e]xtra large and deliciously flavored oysters in almost unlimited quantities.”

Exceptional of the oysters, most of the pledges were wishful thinking at best, swindles at worst. Oysters still matter in San Leon. The best place to get a bead on how much they matter is Gilhooley’s, owned and operated since 1987 by Phil Duke, and always serving local bivalves, harvested by Croatian oysterman Misho Ivic.

The place is ringed by a shell and dirt lot. There’s an old boxcar at center. Inside are a U-shaped bar, low ceilings, and, along one wall, an incongruous collection of African tribal masks. Old license plates cover the truss beams in the accustomed fashion. The menu borders on encyclopedic and features a San Leon BLT, which translates on the plate as a fried bologna sandwich. (They also dish fried boudain balls, employing the preferred Texas spelling for the rice and oddments sausage, known as boudin in Louisiana.)